Our guide to some common terms used in the furniture industry. Please let us know if you have any questions or need to get more information about any term.

Adam style: British neoclassical style that predominated from about 1760 to 1790. It was established by architect Robert Adam and his brother, James. A reaction to the more fanciful rococo style of the 1750s, it is characterized by slender, graceful lines, refined shapes, and restrained ornamentation.

Adaptations: Furnishings that capture the flavor of the original but are not authentic.

Antique: A genuine object of an earlier period, valued for its beauty, workmanship or age.

Armchair: Seating that has both a backrest and armrests

Armoire: Tall, upright cupboard or wardrobe that does not contain drawers and may or may not contain shelves. It closes with a door or doors at the front.

Art Deco: An artistic style dating from the 1920's. It had a strong geometric style, with simple forms, a move away from the patterned, floral art nouveau style.

Art Nouveau: Style based, literally, on the "new art" of Europe in about 1875. Flowing, nearly freeform shapes from nature were carved and painted on furniture. An elongated, slightly curved line that ends in a more abrupt, nearly whiplike second curve is its most characteristic design.

Arts and Crafts: Both a furniture style and a movement that emerged in England toward the end of the 19th century in reaction to the excesses of the Victorian era and the Gay Nineties. It glorified craftsmanship in deliberately simple shapes with exposed joinery and spare ornamentation. William Morris and John Ruskin were among its proponents in England. Based on their beliefs and designs, Gustav Stickley pioneered a similar movement in America, before it waned with the onset of World War I.

Ball and claw foot: Carved-foot motif that depicts a crane's claw gripping a ball or an egg. While it is most associated with 18th-century English and American furniture, it originated in China as a dragon's claw clutching either a crystal ball or a pearl or other jewel.

Banquette: A long benchlike seat, often upholstered, and generally built into a wall.

Barcelona chair: An armless leather chair with an X-shaped chrome base; designed by Ludwig Mies van der Rohe in 1929.

Baroque: Name given to the 17th-century exaggerated style that originated in Rome. Massive and heavily decorated, it is an extension of ornamental Renaissance style and is characterized by a lack of restraint manifested in large, irregular, even fantastic curves, twisted columns, elaborate scrolls, and oversize moldings.

Bentwood: Wood that is bent while wet into curved chair parts. Michael Thonet (1796 - 1871) of Vienna is the best-known producer of bentwood furniture and a pioneer in mass production. Bentwood is not related to molded plywood, a 20th-century innovation.

Bergére: An armchair with upholstered back, seat, and sides and an exposed wood frame.

Bombé: Chest or commode with a bulge or swollen, convex shape on the front and sides.

Breakfront: A large cabinet with a protruding center section.

Buffet: Sideboard or "dresser" for the dining room, designed to hold platters and serving dishes.

Cabriole: Curved shape that resembles the leg of an animal, such as a goat ("cabriole" in Spanish). Its double curve turns in at the "knee" and flares out at the foot. It came into widespread use in the late seventeenth century.

Camel back: Triple-curved chairback frame with a raised central curve. A pierced-shield design, such as honeysuckle or anthemion, spans the back from the seat to the high curve.

Campaign furniture: Portable furniture that folds, collapses, or is made of flat components that can be assembled or disassembled. It also often has handles. Initiated for military use, it is most associated with colonialism.

Card table: Folding table that originated in late-17th-century England to accommodate the nobility's passion for gambling.

Chaise longue: Literally, "long chair," a sofa or daybed with an upholstered back, designed for reclining. Today it is usually a single piece, but early versions encompassed a bergcre with a large stool or two armchairs and a center stool.

Channel back: A chair back with grooves or fluting as decoration.

Chestefield: Overstuffed couch or sofa with upholstered ends and no exposed wood. Back and arms are usually of one continuous curve.

China cabinet: Cabinet with glass fronts, created to display and store fine china. The sides may or may not be of glass.

Colonial: In America this style dominated from the earliest settlements to the Revolution of 1776. Here as elsewhere it represents styles that are rooted in mother countries but adapted to the materials and uses of the colonies, primarily Africa, India, the Americas, and the Caribbean.

Commode: Initially a French chest of drawers on legs; now loosely defined as any type of low chest containing doors or drawers.

Console: Term originally applied to a bracket that supported cornices or shelves and later used to describe tables that were affixed to a wall and supported with legs only at the front. Today it describes all types of tables used along a wall.

Credenza: Serving table with a cupboard below the surface. It originated in the 15th century; in the 16th century, an upper, recessed tier was added.

Daybed: Any type of elongated seating, including the chaise longue, designed for resting rather than sleeping. It usually has a raised end.

Directoire: Style of French furniture that spanned the end of the French Revolution and Napoleon's conquest in 1799. It is named for the Directory government that replaced Louis XVI and called for designs of smaller scale and less ostentation along with the elimination of regal references.

Drop leaf: Hinged flap or panel that can be raised, then supported in order to increase the surface area of a table. The term now applies to such a table.

Eames chair: A classic lounge chair and ottoman made of molded plywood and fitted with down-filled leather cushions; designed by Charles Eames in 1956.

Elizabethan: Large furniture of severe form and style that emerged initially during the reign of Elizabeth I in England from 1558 to 1603. It was revived in the 1820s and is characterized by heavy carving as well as massive size.

Empire: Neoclassical style dictated by Napoleon in France between 1804 and 1815. It is based on imperial forms from Greece, Rome, and Egypt and was designed to draw parallels between Napoleon's realm and the great ancient empires. Furniture was consciously majestic, made of rich woods and metals, and decorated with emblems, including bees, crowns, laurel leaves, mythological figures, and the letter N.

Étagére: A series of open shelves supported by slender columns and used to display curios.

Fauteuil: A French-style chair with open arms, upholstered back and seat, and small upholstered pads for resting the elbows.

Fiddleback: A chair with a center splat shaped like a fiddle.

Futon: A Japanese-style mattress placed on the floor and used for sleeping or seating.

Gate-leg table: A table with legs that swing out like gates to support raised leaves.

Georgian: Refers to furniture styles that evolved during the long reign of England's three Georges, I, II, and III, from 1714 to 1795. At first it retained earlier Queen Anne forms, with an increasing use of decoration and diverse ornamentation. Popular motifs were eagles' heads and claws, leaves, satyrs' masks, and lions' heads and claws.

Gothic: Late medieval furniture forms derived from the cathedrals of Europe. Heavy, large pieces were generously carved in architectural motifs. Chests banded with decorative wrought iron, large trestle tables, and such symbols of status as "beds of estate" and X-framed chairs are characteristic.

Hepplewhite: Style named for cabinetmaker George Hepplewhite, whose furniture drawings were published after his death in 1786. They exemplified the Adam and neoclassical styles, but had slimmer, lighter lines and less angular shapes. Hepplewhite often used the Prince of Wales's feathers motif on chair backs.

Hitchcock chair: A black painted chair with a stenciled design on the backrest; named for its creator, an early American cabinetmaker.

Hutch: A two-part case piece that usually has a two-doored cabinet below and open shelves above.

Inlay: Design formed of contrasting woods, grains, metal, tortoiseshell, mother of pearl, or other material inserted to be flush with the furniture surface.

International style: Modern, functional furniture developed in Europe during the 1920s and 1930s. Its most important origin is Germany's Bauhaus, with such practitioners as Walter Gropius, Marcel Breuer, and Ludwig Mies van der Rohe. Simple lines and an absence of decoration are its hallmarks. New materials, such as chrome and glass, along with factory production, signify its departure from earlier furniture traditions.

Jacobean: Style of English furniture during the first half of the 17th century, named for King James I, who reigned from 1603 to 1625. Italianate carving, especially cupboards with arabesques, and the common use of upholstery typify the robust and comfortable style, which continued through the reign of Charles I, from 1625 to 1649.

Jardinere: An ornamental plant stand. Ladder-back: A chair that has horizontal slats between its upright supports.

Klismos: Ancient Greek chair form with saber-shaped legs, splayed at the front and back. The back legs continue up to support a shoulder-high, curved back.

Louis XIV: Baroque furniture that accompanied the reign of Louis XIV in France from 1643 to 1715 was a somewhat reserved version of that style, featuring modest rather than exaggerated curves. Furnishings and decoration reflected formal grandeur. Decorative motifs, often boldly carved, included beasts from mythology, garlands of fruit and flowers, animal forms, and the fleur-de-lis in particular.

Louis XVI: Neoclassical style came to the fore during the reign of Louis XVI, from 1774 to 1792, and with this revival, furniture became more rectilinear and geometric. Cabriole legs, for example, gave way to cylindrical or square ones. Also in reaction to earlier rococo styles, decoration, though opulent, was restrained. Floral themes, for instance, were replaced by architectural motifs.

Occasional furniture: Small items such as coffee tables, lamp tables, or tea carts that are used as accent pieces.

Parsons table: An unadorned square or rectangular straight-legged table in various sizes; named for the Parsons School of Design.

Patina: The natural finish on a wood surface that results from age and polishing.

Pedestal table: A table supported by one central base rather than four legs.

Pembroke table: A versatile table with hinged leaves at the sides; one of Thomas Sheraton's most famous designs.

Veneer: A thin layer of wood, usually of fine quality, that is bonded to a heavier surface of lesser quality wood. Most new furniture is made of veneer construction.

Welsh cupboard: A large cupboard with open, wood-backed shelves on top and a cabinet base; generally used in dining rooms for the display of china. 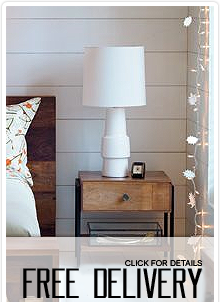